In spite of movie award season be way over, I just had to bring this movie to your attention.

Los 33 ( in English The 33) is an upcoming Chilean survival drama film that talks about 33 Chilean miners who were trapped in the San Jose mines in Chile.

This movie is an adaptation of the real life San Jose Mine disaster that took place in 2010 where 33 Chilean miners were trapped for 69 days in the mines. They were trapped half a mile under the Atacama Desert on 5th August 2010. The incident became a global event for a TV audience of an estimated 1 billion people.

The film stars Antonio Banderas as Mario ‘super mario’ Supulveda who recorded video blogs of him and the miners to ensure the public that they are well. Lou Diamond Philips plays Lui ‘Don Lucho’ Urzua. Other stars include Jacob Vargas, Mario Casas, Naomi Scott and Cote de Pablo.

Other notable faces in the movie include telenovela star Kate del Castillo and James Brolin.

Principal photography begun on December 2013 in Colombia. Copiapo which was the actual place where the mining accident took place also served as a film location. Filming wrapped up on February 20th 2014.

The film was directed by Partricia Riggen and was written by Mikko Alanne and Jose Rivera.

The film will be released on November 13 and Warner Bros. Pictures will serve as the movie distributor.

Take a look at the trailer and you will be absolutely captivated. 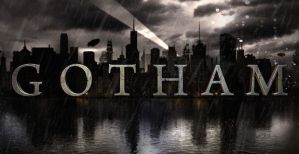 I must say this TV Series has literally kicked ass!!!!

I’ve never been this excited about a new series. And if you are reading this and haven’t watched Gotham, then you better get moving and watch it, fast!!!

So basically Gotham is a Crime Drama adapted from the DC Comics. So when you hear Gotham, you know what follows, Batman, Joker, Catwoman and the rest of the characters that we’ve watched from the Batman pictures.

The series stars Ben McKenzie as the infamous James Gordon who is a detective in the Gotham City Police Department (GCPD). His first assignment as detective is to solve the murder of young Bruce Wayne’s parents. Bruce is played by David Mazouz.

Detective Gordon is partnered with Harvey Bullock (played by Donal Logue), who is somewhat a corrupt detective but has shown loyalty to Gordon and has gotten him out of trouble many a few times.

In order to clean out the crime in Gotham, Det. Gordon has to work with the high ranking Gotham crime Mafia mainly Fish Mooney (Jada Pinkett Smith), Don Falcone (John Doman) and Don Salvatore Maroni to acheive his objective.

If you’ve watched any Batman movie, some of the characters like Penguin, Riddler, Catwoman, Joker, Poison Ivy, Scare Crow, Hugo Strange, Two face and Mister Freeze have been adapted in the TV series. We’ll get to know how they evolved to be the villains we know and love!!

Thumbs up to Jada Pinkett and Robin Lord Taylor who play Fish Mooney and Penguin respectively. Those two characters are just a joy to watch!!!!

Season 1 was a masterpiece and the network headlining the series, FOX has ordered for a second season.

The hit show Empire has been given an 18 episode order. That means six more episodes from Season 1!!! Ain’t that amazing!!!

Personally, I saw it coming. There is no way the second season season would go for 12 episodes.

To add more to the good news, our Cookie drought will end sooner than we expect. Season 2 will air starting September! 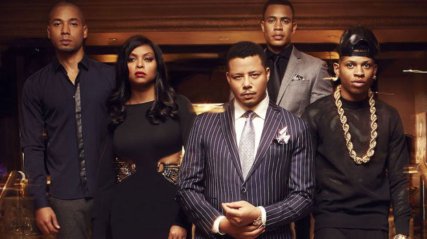 With the previous season bringing in a number of super guest stars, its no surprise that comedian Chris Rock, Lenny Kravitz and Alicia Keys have been confirmed as Season 2 Guest Stars.

Ne-yo has also been confirmed as music director for season 2. He will work alongside Timbaland who’s the shows music producer. Now that is music I’m looking forward to.

Ta’Rhonda Jones and Gabourey Sidibe who play Cookie and Lucious respective personal assistants were also promoted to series regulars. My absolute favorite is Cookie’s Assistant Porsha. Talk about being #loyal!!!!!! 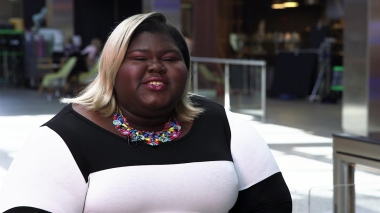 The last season saw Jamal Lyon take over as CEO of Empire Entertainment. Let’s wait and see if he will balance between running the company and his music. Lucious also got arrested. Will he get out? And he does, any revenge plans?

The countdown to September has already begun.